From Gridiron to Grape Vine, Dick Vermeil has had a Winning Career 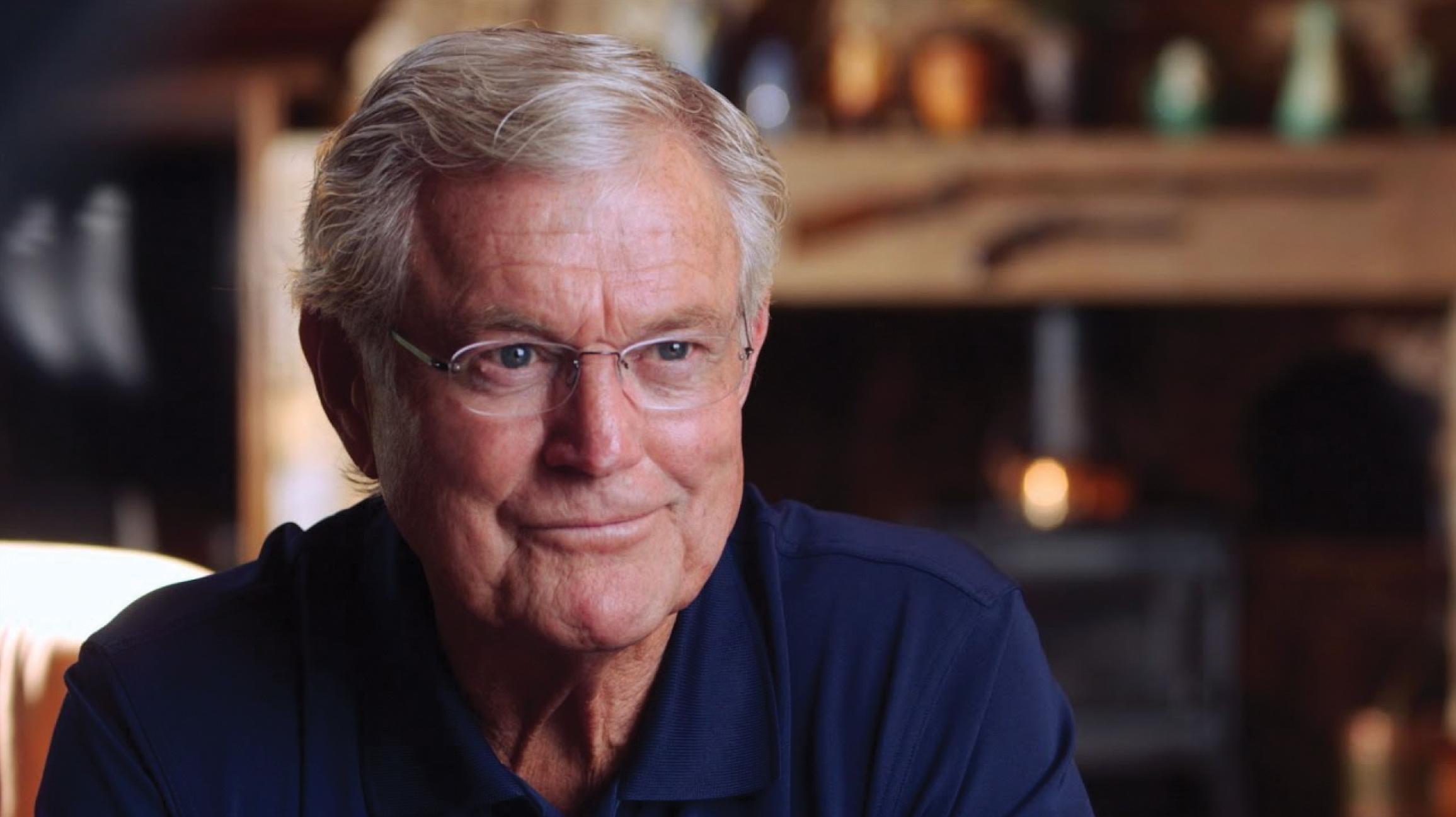 Dick Vermeil began his distinguished coaching career in 1959 as an assistant coach at Del Mar High School in San Jose, California. What came to follow is one of the most legendary careers in professional football.

In all three of his posts as an NFL head coach, Vermeil took every team—Philadelphia, St. Louis and Kansas City, each of which had a losing record before he arrived—and brought them to the playoffs by his third season at the helm.

He holds the distinction of being named Coach of the Year in high school, junior college, Division I college, and NFL Coach of the Year twice. He also worked for CBS and ABC as a sports broadcaster between his hugely successful coaching jobs.

Vermeil spent fifteen seasons as an NFL head coach and was a member of the league’s coaching fraternity for nineteen seasons. In addition, Vermeil has had a prestigious career as a football broadcaster, analyzing both NFL and college games. In 2006, he was portrayed on the big screen by Greg Kinnear in the film Invincible, a film based on the true story of Vince Papale, who played for the Philadelphia Eagles from 1976 to 1978. 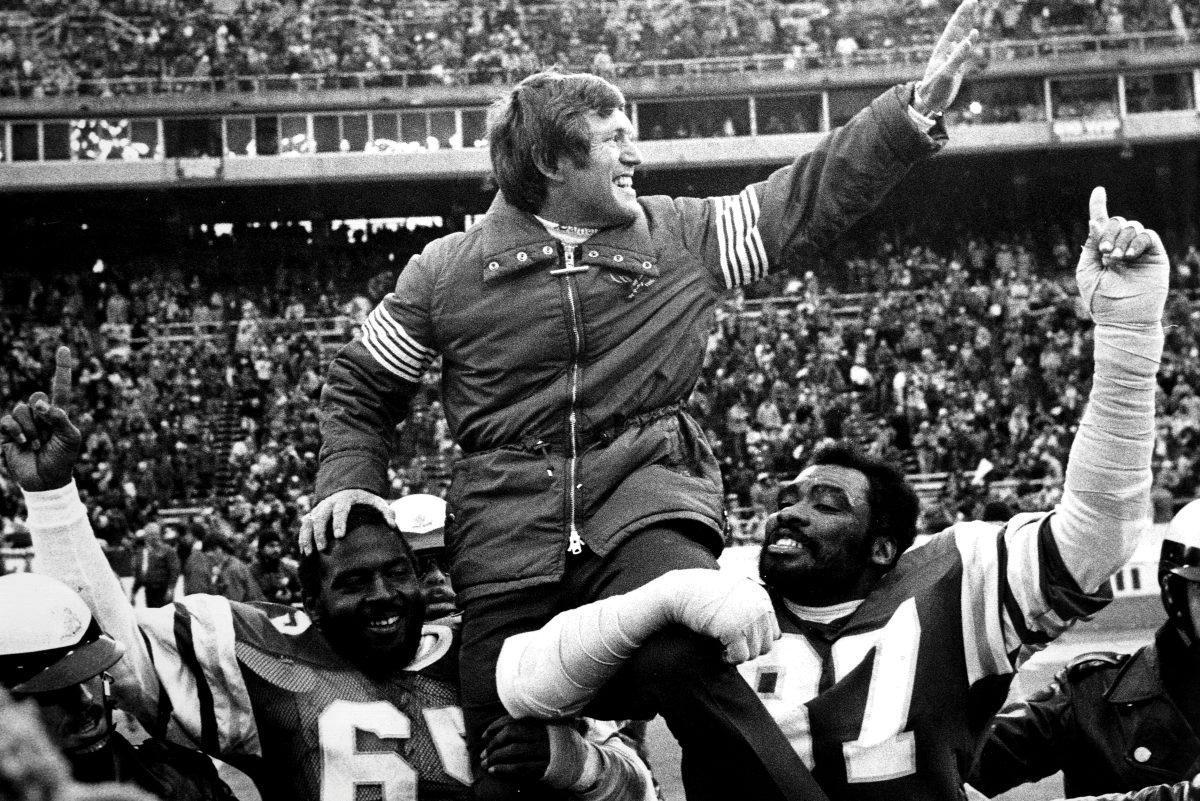 Vermeil began his coaching career on the high-school level in 1959, after receiving a bachelor’s and master’s degree from San Jose State. He then moved up into the community college ranks in 1962 – College of San Mateo in 1962, Napa College 1963 – followed by his first position as a NCAA Division I assistant coach at Stanford University in 1965. In 1969 George Allen hired Vermeil to become the first special teams coach in NFL history with the Los Angeles RAMs. Following a four-year period as a RAM assistant, he was named head coach at UCLA in 1974, where he led the Bruins to a Rose Bowl Championship over the number one ranked Ohio State Buckeyes on New Year’s Day 1976.

Vermeil’s 15-year tenure as an NFL head coach began when he was chosen to guide the fortunes of the downtrodden Philadelphia Eagles franchise in 1976, a team that hadn’t been in the NFL playoffs in 16 years. In seven seasons with the Eagles, Vermeil engineered four playoff appearances, highlighted by an NFC Championship win over the Dallas Cowboys and a trip to Super Bowl XV vs. the Oakland Raiders in 1980. Vermeil retired from the Eagles following the 1982 season. 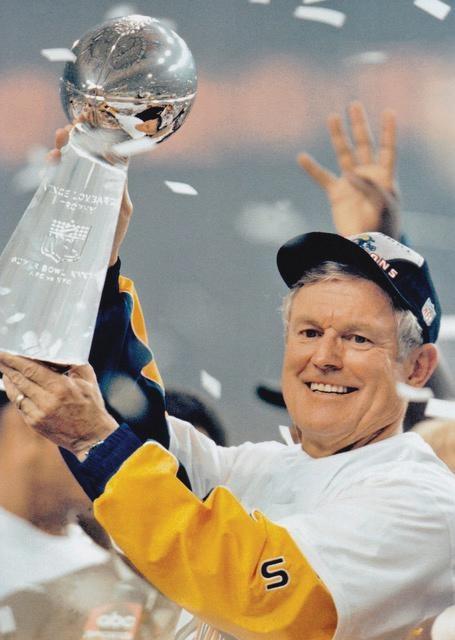 Shortly after departing the sidelines in Philadelphia, Vermeil began a 14-year broadcasting career, serving as an NFL and college football analyst for CBS and ABC. In addition, he provided color commentary for the Kansas City Chief’s preseason television broadcasts from 1989 to 1996.

In 1997, Vermeil returned to the NFL as head coach of the St. Louis Rams, and led the team to its first Super Bowl victory after the ’99 season, beating the Tennessee Titans in Super Bowl XXXIV. This trip to football’s greatest game made Coach Vermeil just one of four coaches in NFL history to lead two different teams to the Super Bowl.

Vermeil again retired, but then was recruited to return to the arena in 2001, when he was named the ninth head coach of the Kansas City Chiefs. In his third season (2003), the Chiefs won their division with a 13-and-3 record and advanced into the NFL Playoffs, only to lose to the Indianapolis Colts.

One of the most distinguished coaching careers in National Football League history officially concluded when Dick Vermeil announced his retirement from professional football in January 2006. Vermeil is one of five NFL head coaches to lead three different teams into the playoffs. Following his fifth season with the Chiefs, Vermeil retired for the final time, leaving the Chiefs as the team’s third most winning coach.

He annually participates as a broadcast coach in the NFL Broadcast Boot Camp, an initiative designed to assist athletes in their post-playing careers by providing training and hands-on experience in broadcasting and studio work. 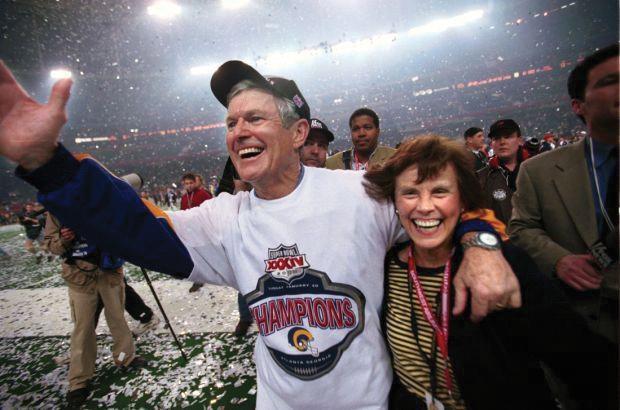 While in Kansas City, Vermeil and his wife, Carol, were active in a number of charitable endeavors, most notably, serving as chairpersons for the Chiefs Children’s Fund Benefit Game. The 2005, 2006 and 2007 beneficiary of that game was Operation Breakthrough, a day care center for inner-city families in Kansas City, a center that Carol Vermeil remains actively involved with from their residence in Chester County, PA.

After returning home to the Philadelphia area, Vermeil has found the time to help many other worthy causes. Numerous Philadelphia-area organizations have benefited from his involvement, including the Boys & Girls Club of Philadelphia, Chester County Food Bank, The Mary Campbell Center, The Ronald McDonald House, C.H.O.P. Wistar, Elwyn Inc., and the Boy Scouts of Chester County, whose 25-year-old golf tournament bearing Vermeil’s name, annually earns $165,000 for
the organization.

He is also involved with People for People, Inc., a community outreach organization founded by Rev. Herbert Lusk, a former Eagles player for Coach Vermeil. 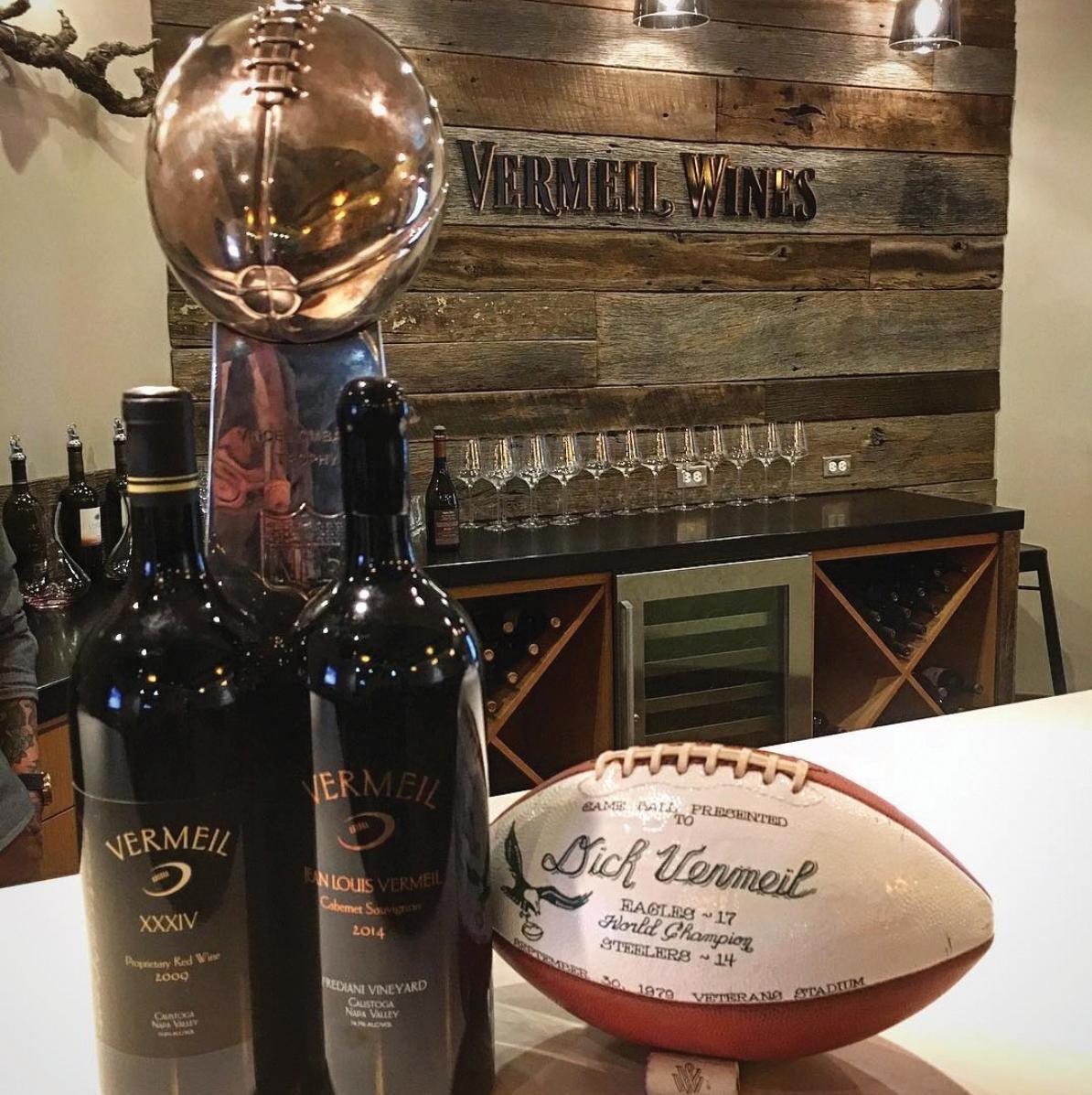 Vermeil took up the hobby of home wine making in 1999, using the grapes grown on the land that his great-grandfather once owned.

The grapes are harvested from the century old Frediani vineyards in Calistoga, the small town where Vermeil was born. Forty-eight acres of this fine vineyard was once owned by Vermeil’s great-grandfather on his mother’s side, Garibaldo Iaccheri. Iaccheri owned a large Calistoga vineyard and his paternal great-grandfather, Jean Louis Vermeil, used the grapes to make wine at home for the family. Vermeil Winery is building a solid reputation with many of the wines, earning 90 plus scores and medals in local competitions.

When not involved in his wine business, speaking, or charity work, he enjoys going back to his roots and working on restoring his father’s old vintage race cars.

Vermeil is a member of three college sports Halls of Fame – Napa Community College, San Jose State and UCLA: two NFL teams’ Halls of Fame – Philadelphia Eagles and St. Louis Rams: three states Halls of Fame – Pennsylvania, Missouri, and California, and also the Rose Bowl Hall of Fame. He is the only coach to be awarded Conference Coach of the Year honors on four levels of football competition: high school, community college, Division I college football, and has been selected as the NFL Coach of the Year twice in 1979 and 1999.

Thank You To Our Sponsors